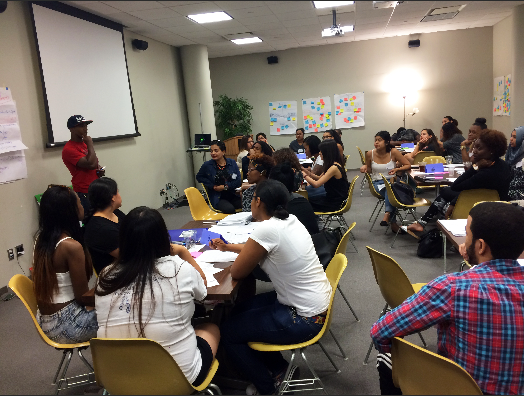 Nothing is wrong with trying out the Community College

Alvin had already been going to community college when we met. He was not sure if he was making the right decisions and if he was headed in the right direction. When he enrolled in the Community College he wanted to major in Engineering. After a couple of college classes, he learned that Math was no longer coming easily to him like he thought it would, he struggled. The only subjects that he was doing great in were the Sciences. He decided to research what majors he would go into if he only wanted to focus on sciences. He settled on Biochemistry and so when we met he wanted to know how he would go about enrolling in a 4yr college and pursuing a career in Biochemistry. Alvin is now doing great in the 4yr college he chose. We provided him tips on what he would do to advance as a student and in this career.

Parent Feedback: I met Alvin’s parents at a social gathering and their joy was overflowing. They said Alvin had become very focused in college. He had started working on internships and was networking. He knew exactly what he wanted to do and how to do it. He was very enthusiastic and optimistic about his future.

Lesson Learned: There is nothing wrong with first going to a community college before enrolling in a four year college. In fact, there are some advantages the main one being cost saving. Research advantages for going to Community College vs, four year college. Alvin got to discover himself in a Community College; it is a good start if you are unsure of what you would like to do.

What we do: Empower Students and Parents

Graduating High School – I don’t know what to major in?

Thank you for taking the time to read our Blog. Our desire is that you will learn from our experience and the experiences of others and that you will be inspired and encouraged. Know that no seed that is planted bares fruit the next day – everything/everyone has to go through the process. Do not miss or skip any steps in the process because that means you will not be empowered or equipped to be the best that God has made you to be. Embrace the process; patiently and steadily go through it. Have a plan and a prayer and we guarantee you will make it.

Upcoming Monthly Blogs
-About me: My College Journey
-About me My Career Journey
-Connecting the dots: My Story: What happens to you in life is not an accident
-Difference between going to a 4yr college Vs. a 2yrs college
-Importance of volunteering
-Student Stories: More success stories about students we have worked with
-Adult Stories: Success stories of adults at a cross roads
-And many more…...